The Ritz Carlton is a luxury resort on the island of St Thomas in the U.S. Virgin Islands. The resort has 180 guestrooms of which 55 are club suites, 19 are suites and 3 are presidential suites. All rooms are non-smoking and come with a private terrace or balcony.

We picked up our car rental at the airport and drove the short 30 minute drive to the Ritz Carlton resort. The benefits of having a car outweigh the cost in my opinion. Not only can you venture out off the resort for dinners or day trips on St Thomas, but you can also take the car ferry over to St John and explore some of the great beaches on St John. The Ritz Carlton resort fee includes parking so this wasn’t a concern when renting the car.

Guests are greeted at the gate upon arrival and handed a piece of paper to put in your dash recognizing that you are a guest. We were also informed that it is best to remove this when not on the resort. We arrived a few days before New Years Eve and the entrance was decked out with a Christmas Tree. The front desk is located towards the back of the building with a lobby that overlooks the beach and water. The lobby had a Menorah and other decorations. The Ritz Carlton has an infinity pool overlooking the beach. We found the pool was easier to find seats during the daytime and the beach opened up in the late afternoon. It seems there is a competition for the beach chairs as mid-morning they were all taken but only reserved by magazines and flip flops. So best to avoid that competition if you can and take your car to St John, explore St Thomas early in the day or relax by the pool. The view from the Sails restaurant was a view of the beach. We ate lunch here once and the service was great. Although it was raining and we were one of only two tables at the time. I booked a resort view room on an award and that is exactly what I received. I attempted to pay for an upgrade to a club level or suite before and upon arrival, but no luck, the resort was fully committed. Overall, they are nice for an island resort, but for the prices they were charging, over $1,000 a night, I would not have seen the value.

Before arrival I asked for a crib and refrigerator before arrival, but at arrival only the crib was located in the room. I called the front desk and they said one would be delivered right away. Three hours later, a refrigerator was “found” at the hotel next door and brought to our room. The room had a king size bed and a small love seat. One issue we’ve found with bringing a child on a vacation is that the one-room option doesn’t really work any more. We’ve found we at least need a separate space if not an entirely separate room for the baby. The balcony overlooked the resort, but if you look far enough, you could see the water on the right hand side. The club rooms are located in the building over to the right. There is a separate club level terrace and bar with complimentary drinks. If I had the chance, I would have upgraded to a club room in a heart beat. As I said before, I would not have seen value in the room if I had paid the going rate. The rooms needed some TLC in some spaces.

For example, our bathroom was very hot. I called the front desk and asked why the vents in the bathroom weren’t blowing cold air.

Weekly Flyer: Our bathroom is very hot, can you send someone to fix our vents?

Front Desk: The vents in the bathroom are air intakes.

Weekly Flyer: Is there any way to cool down the bathroom?

Front Desk: I’m sorry, the air intakes won’t blow air, so that is why it’s hot.

In addition to that issue, there was some significant wear and tear in the bathrooms. There was what looked like recent water spots and mildew on the low bathroom ceiling. Some could say this is par for the course, I guess, on an island resort, but for the going rate of $1,000 I wouldn’t have expected it. The bathroom door handles were almost falling off. The one in our room was only secured by a screw or two. More mildew on the light fixtures on the low ceiling in the bathroom. The issue that caused us to check out early occurred on the second night. After enjoying an amazing family dinner at the Sunset Grill in Secret Harbor, we returned to our “Smoke” filled room. The entire hotel is a non-smoking resort mind you, so we were surprised to smell a very strong smell of smoke (I would go as far as to say the room was a “hot box” near the connecting door and smelled of Marijuana) in our room coming from the connecting room.

I knew immediately Mrs Weekly Flyer wouldn’t appreciate, and neither would I, putting Baby down in a crib in a smoke filled room next to a room that was emitting the smoke. I called the front desk and asked for the Manager on duty, they informed me the manager wasn’t available, so I explained the issue and said I’d expect to be relocated immediately to another room. Knowing full well the resort was fully committed, we began packing our bags. At this time the security showed up at the room next door to us. We heard about 5 minutes of rumbling in the room and then their door was opened. I suspect it was almost enough time to clear some of the smoke smell out, but not quite enough time.

About 30 minutes later, I called back and was connected to the manager on duty who informed me they were fully committed and would do whatever it took to remediate the smell in our room. I explained this wouldn’t be acceptable and asked them to find another room in the hotel. I explained we had a small child in our room and it smelled of smoke. This is the time when I would have expected to have been escorted to the lobby until the situation could have been resolved.

About 1 hour and 30 minutes I walked up to the front desk to see if this would help get something going. It did. I introduced myself to the manager on duty and was informed they were attempting to locate a room. They found a room and sent a bellman with us to relocate our little family to a room on the other side of the building.

By the time I returned to the room, it was after 9:30 and Baby Weekly Flyer had lost it. When I entered the room it was well past Baby’s bedtime, and I found my little family sitting in a piping hot room filled with Marijuana smoke smell, I knew it was time to leave.

We had a great two days at the Ritz Carlton St Thomas but was not without issue.

Traveling with kids isn’t easy. After a fiasco of a night in a smoke filled room, I called Delta and booked the first flight out on the next day. Overall, the rooms need a little TLC and checked out early due to the issue we experienced. We probably won’t return anytime soon. 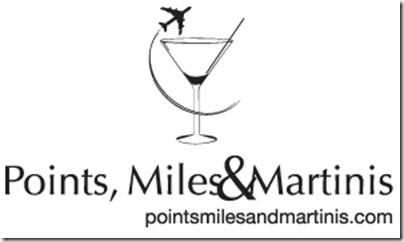